(Behind the scenes still, credited as tagged)

An iQIYI report from the set on 1/15. (Clip source: iQIYI / courtesy of ratoka) 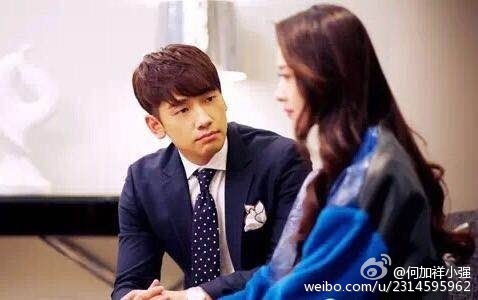 This time, the cast of upcoming drama “My Loveable Girl” were invited on the show. Great idea! 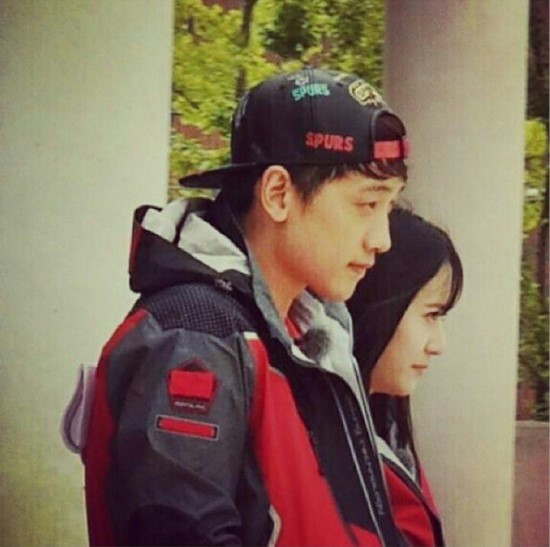 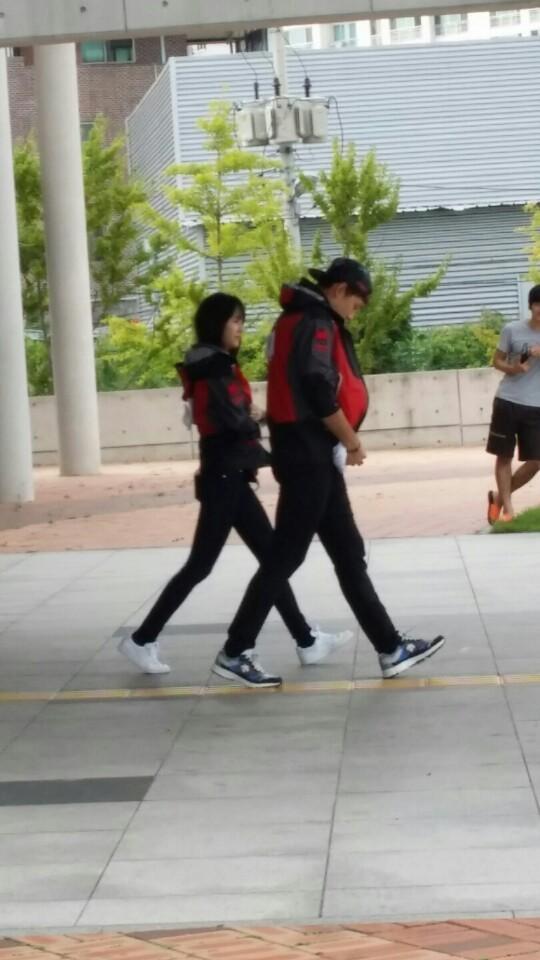 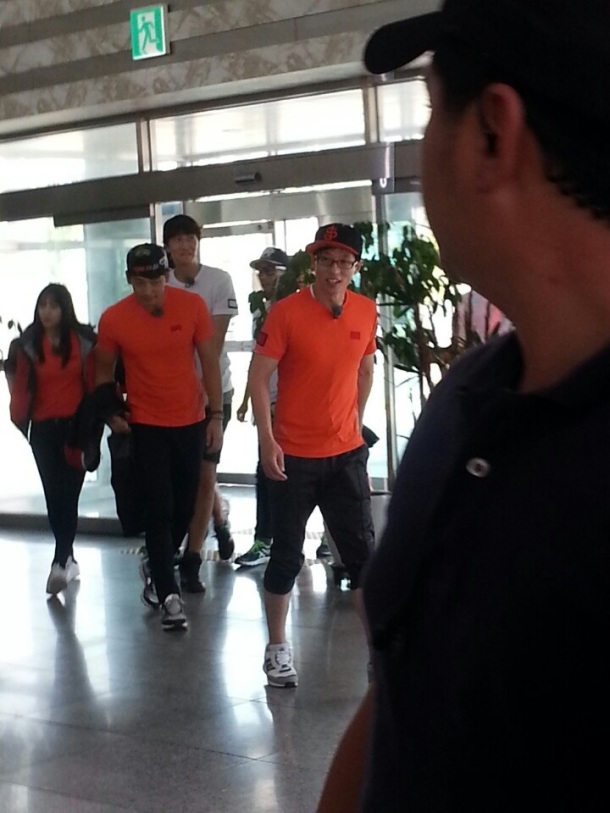 I love Rain when he visits Running Man. He is so competitive yet fun.

The cast of upcoming SBS drama “My Lovely Girl” is revealed to have participated in an episode of variety show SBS “Running Man.”

On September 1st, representatives from the production team of the show reported that Rain, Alex, f(x)’s Krystal, Kim Kibang and Park Younggyu, the cast of “My Lovely Girl,” joined the regular casts of “Running Man” in Gyeonggido. Interest is high over the interaction between the drama’s leads Rain and Kyrstal, who have first shown their character’s story on the video teasers.

Airing date for this episode of the show is still undecided.

I have been slacking on my fandom due to my illness, but my love for Rain never fails. Clouds, I can’t wait for his next drama. I need a fix. LOL ^_^

News photographers in Shanghai spotted Rain coming out of a hotel elevator with a small entourage, and began snapping away. 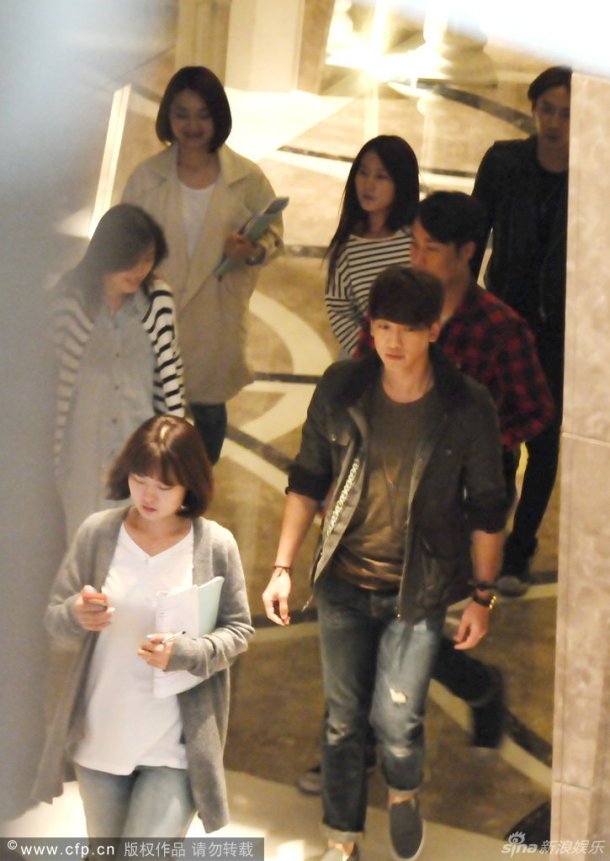 Incidentally, the news people at Ent.163.com and at Sina had a good ol’ time poking fun (no pun intended) at the two pictures below ↓ and joking about the man “grabbing his crotch/privates” in public when obviously it’s nothing more than an optical illusion. As if Rain would do such a thing with a horde of cameras all on him. Sheesh. Must have been a slow news day. Y’all know how that goes. ^@@^

Remember this article about how LG Electronics and Rain will be promoting his music globally this year?

Ever since that came out, I’ve been scouring the CES website and waiting, hoping that someone would catch a glimpse of the “30 Sexy” or “LA Song” music videos in random footage. Well, I needn’t have worried one whit because LG themselves made certain to put up their own Ultra HD TV booth footage, and voilà—La la, lalalalala!

Makes me want to jet over to the mall, hunt down some LG TVs, and see if some Rain Effect MVs are on them too, as they’re supposed to be, haha. Olé! 😀

My Life With Sarcoidosis

I am a married mother of three whose hobbies include watching kdramas/jdramas, reading paranormal shifter romance books and music. I also have two dogs (Jaxx and Yoshi) who are my life. They keep me calm and happy. My daily life is battling Sarcoidosis and all that it comes with. I am a Sarcoidosis Warrior and Advocate. I've been battling this very debilitating disease for about 19 yrs. and decided to help others right away by providing educational information on my first website "Lynn's World's" in 2001. I was awarded The Sarcoidosis Golden Lifesaver Award in 2003 for my support community. I started the Marilyn's Fight for Life KICK Sarcoidosis Campaign to help raise awareness in 2014 and I am a member of several Sarcoidosis support groups via social media. I thank God for my family and friends who have been my support system and without them, I don't know how I could've made it. Support Sarcoidosis Awareness by making a donation to help fund the research for a CURE for this debilitating and deadly disease. In spite of what many think, have heard or read on google; SARCOIDOSIS can kill. Many celebrities have succumbed to this disease and attention has still not announced its prevalence. Please help to raise awareness about Sarcoidosis because it is a rare, underfunded, debilitating and deadly disease. You can find more information by visiting the Foundation for Sarcoidosis Research website at: http://www.stopsarcoidosis.org/fundraising Click on the "Marilyn's Fight for Life Campaign" logo and donate please. I listen to all genres of music but I have to admit that I am a huge fan of my son KJ McNeill (Neo Soul/R&B), daughter Ka'miko (Neo Soul/R&B), daughter Hadar McNeill (Pop) and the maestro my hubby, Karl McNeill Sr. (Jazz/R&B/Funk) along with Asian artists like: RAIN (Official 9th Cloud Member) JYJ EXO Alex 2NE1 SHINee MBLAQ Lee Hi Tiger JK & Mirah BigBang (T.O.P., GDragon, Daesung, Taeyang and Seungri) and many, many more ^_^ My husband and children are all professional musicians as well a recording artists in the U.S.A. We operate our own independent record label (KMSR Enterprises) and also operate a recording studio where we write, record and produce for serious artists in all genres. Please support small businesses and Independent artists, i.e; The Olympicks, Actual Muzik, KJ McNeill, Ka'miko, Karl McNeill and Hadar. Again, I ask that you please make a donation to the link above to help fund researunch to find a cure. 😊