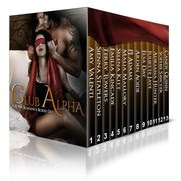 My Life With Sarcoidosis

I am a married mother of three whose hobbies include watching kdramas/jdramas, reading paranormal shifter romance books and music. I also have two dogs (Jaxx and Yoshi) who are my life. They keep me calm and happy. My daily life is battling Sarcoidosis and all that it comes with. I am a Sarcoidosis Warrior and Advocate. I've been battling this very debilitating disease for about 19 yrs. and decided to help others right away by providing educational information on my first website "Lynn's World's" in 2001. I was awarded The Sarcoidosis Golden Lifesaver Award in 2003 for my support community. I started the Marilyn's Fight for Life KICK Sarcoidosis Campaign to help raise awareness in 2014 and I am a member of several Sarcoidosis support groups via social media. I thank God for my family and friends who have been my support system and without them, I don't know how I could've made it. Support Sarcoidosis Awareness by making a donation to help fund the research for a CURE for this debilitating and deadly disease. In spite of what many think, have heard or read on google; SARCOIDOSIS can kill. Many celebrities have succumbed to this disease and attention has still not announced its prevalence. Please help to raise awareness about Sarcoidosis because it is a rare, underfunded, debilitating and deadly disease. You can find more information by visiting the Foundation for Sarcoidosis Research website at: http://www.stopsarcoidosis.org/fundraising Click on the "Marilyn's Fight for Life Campaign" logo and donate please. I listen to all genres of music but I have to admit that I am a huge fan of my son KJ McNeill (Neo Soul/R&B), daughter Ka'miko (Neo Soul/R&B), daughter Hadar McNeill (Pop) and the maestro my hubby, Karl McNeill Sr. (Jazz/R&B/Funk) along with Asian artists like: RAIN (Official 9th Cloud Member) JYJ EXO Alex 2NE1 SHINee MBLAQ Lee Hi Tiger JK & Mirah BigBang (T.O.P., GDragon, Daesung, Taeyang and Seungri) and many, many more ^_^ My husband and children are all professional musicians as well a recording artists in the U.S.A. We operate our own independent record label (KMSR Enterprises) and also operate a recording studio where we write, record and produce for serious artists in all genres. Please support small businesses and Independent artists, i.e; The Olympicks, Actual Muzik, KJ McNeill, Ka'miko, Karl McNeill and Hadar. Again, I ask that you please make a donation to the link above to help fund researunch to find a cure. 😊